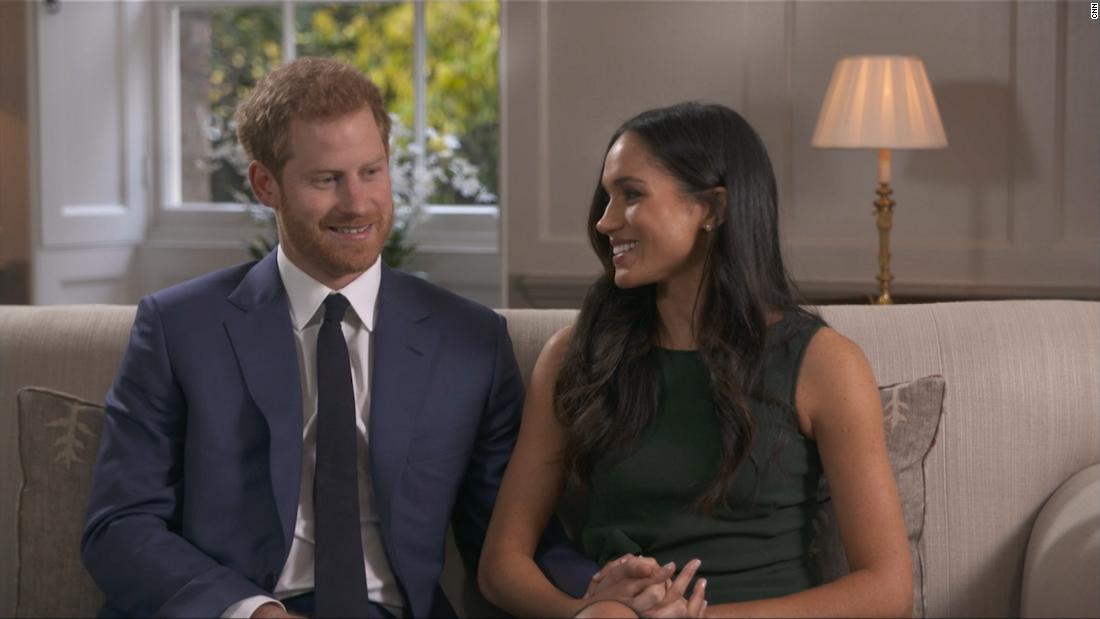 It was a “cozy night” earlier this month at the couple’s Nottingham Cottage at Kensington Palace and the pair were roasting a chicken, the American actor said. Or trying to roast a chicken, Harry said, correcting her.
“It was so sweet and natural and very romantic. He got down on one knee,” she said. “As a matter of fact, I could barely let you finish proposing. I said, ‘Can I say yes now?'”
The pair giggled as they fondly remembered the moment. Harry continued, “There was hugs and I had the ring in my finger. I was like, ‘Can I give you the ring?’ She goes, ‘Oh, yes! The ring!'” 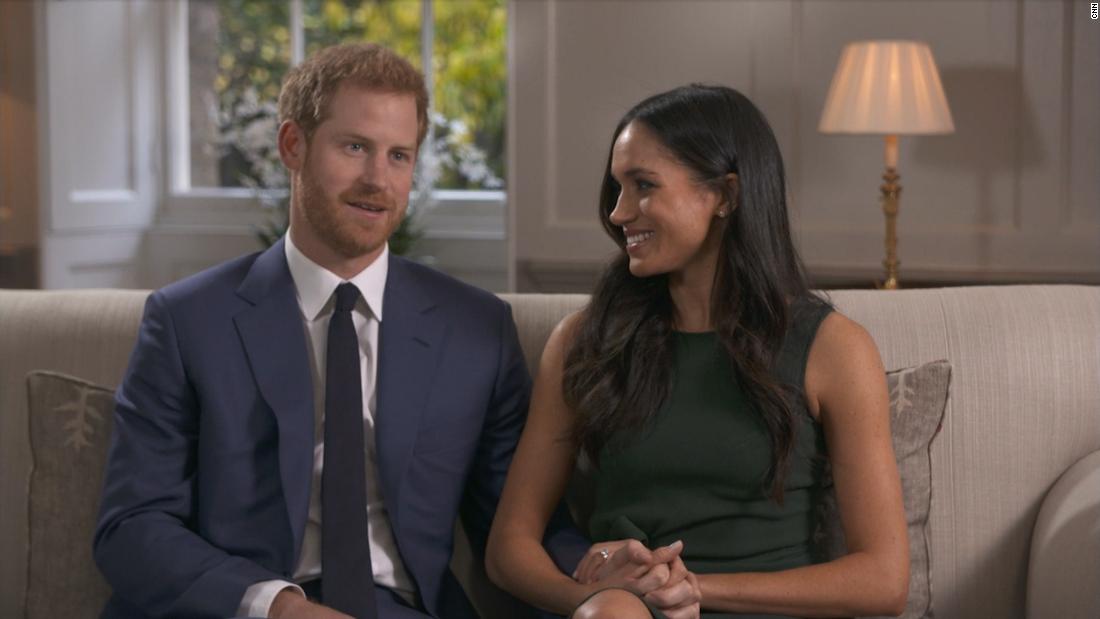 “It was a really nice moment,” the prince said. “It was just the two of us, and I think I managed to catch her by surprise as well.”
Cozy nights have been a theme of their courtship, they said. To avoid the media scrutiny — which, at times, has been none too kind to Markle and her beau — they’ve avoided nights on the town, instead opting for evenings at home, away from the paparazzi and their prying lenses. In essence, they had to “reverse the whole process,” the prince said.
These were among the revelations — along with Harry’s belief that Markle and his mother, the late Princess Diana, would be “thick as thieves” — divulged by the royal couple-to-be in an interview with BBC’s Mishal Husain. The interview aired Monday evening, hours after the pair announced that they planned to wed following an 18-month romance. 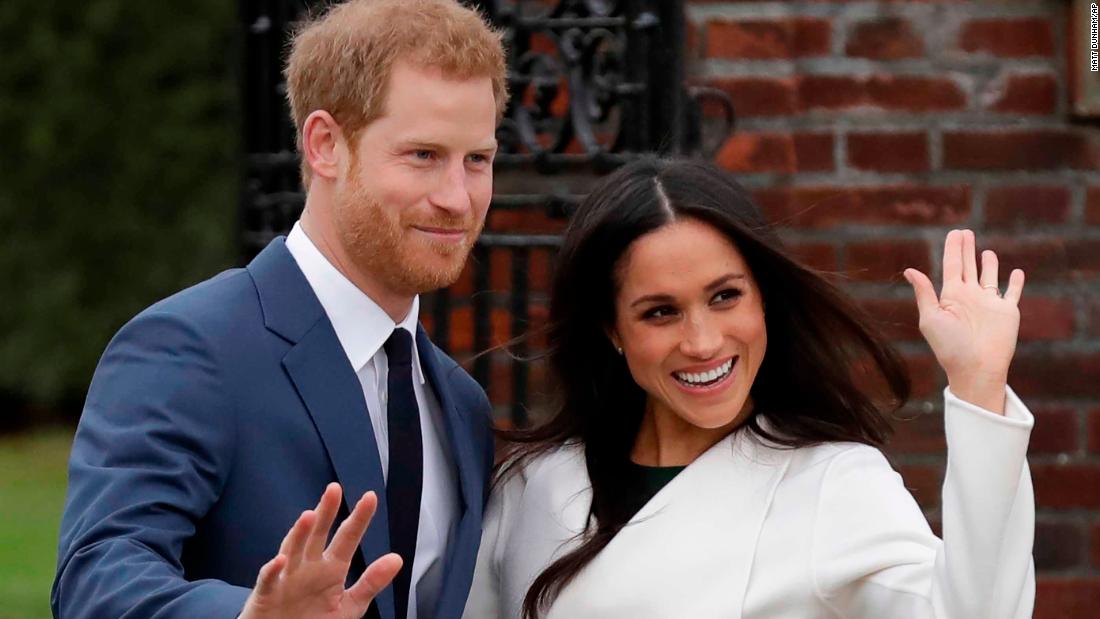 Prince Harry & Meghan: The ring and the romance

Markle, who grew up in Los Angeles, said she didn’t think of theirs as a “whirlwind” relationship. The two met for a drink in July 2016 on a blind date, brokered by a mutual friend, whose name they would not reveal, but “it was definitely a setup,” Markle said.
They didn’t know much about each other. Markle wasn’t too familiar with the British royal family, and Prince Harry had never seen the television show, “Suits,” nor any other example of Markle’s work.
Harry recalled his first impression: “I was beautifully surprised when I walked into that room and saw her. There she was sitting there.”
What Markle tells us about the modern royal family
He thought, “I’m going to have to up my game.”
Shortly after their first encounter, during which they shared their passions and the changes they’d like to effect in the world, they decided another date was in order.
“What are we doing tomorrow? We should meet again,” Markle recalled asking.
Prince Harry was about to head off to Africa, and Markle was busy filming “Suits.”
“We need to get the diaries out and find out how we’re going to make this work,” Harry thought at the time.

Getting to know each other 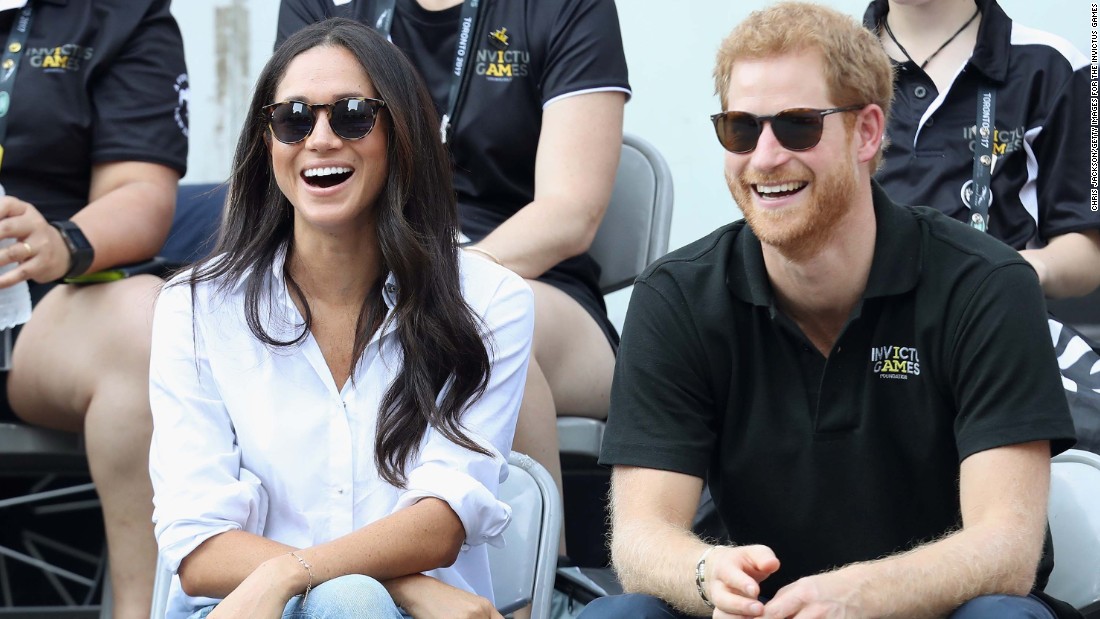 What you didn’t know about Meghan Markle

They had another date that month and then Harry was able to convince Markle to join him in Botswana a few weeks later. They camped out under the stars for five days, he said.
“Then we were really by ourselves, which was crucial to me, to make sure that we had a chance to get to know each other,” he said.
Sorry, you won’t be calling her Princess Meghan
Added Markle: “We were able to really have so much time just to connect, and we never went longer than two weeks without seeing each other, even though we were obviously doing a long-distance relationship. We made it work.”
Markle, 36, said she’s glad she didn’t know much about the royals before meeting Harry, 33, as she’s been able to learn about them from him rather than from tabloids.
The family has been “so welcoming,” helping Markle to acclimate not only to life at Kensington Palace but to the royal family itself, she said. Certain four-legged members of the family have been particularly hospitable, the prince said.
Prince Harry, the rebel, the soldier, the activist
“The corgis took to you straight away,” Harry said of the canines his grandmother, Queen Elizabeth famously holds dear. “I spent the last 33 years being barked at. This one walks in and absolutely nothing, just wagging tails.”
“They’re just laying on my feet during tea,” Markle said, laughing with the prince.
Markle has two rescue pups of her own, one of which has joined her and the prince in the United Kingdom, she said.

Diana’s ‘a part of this with us’

The couple’s time in Botswana is represented on Markle’s finger, as the primary stone on her engagement ring was sourced from the African nation. The smaller diamonds on the side of the ring came from his mother’s jewelry collection.
Harry wanted to include those on the ring, which he designed himself with a yellow gold band, “to make sure she’s with us on this crazy journey together.”
“I think everything about Harry’s thoughtfulness and the inclusion of that and obviously not being able to meet his mom it’s so important to me to know that she’s a part of this with us,” she said.
Will they be the best royal couple ever?
Looking down at her ring, she said, “It’s incredibly special to be able to have this, which sort of links where you come from and Botswana, which is important to us. It’s perfect.”
Asked if Markle and his mum would get along, Harry said, “They’d be thick as thieves, without question. I think she would be over the moon, jumping up and down, so excited for me but then, as I said, would’ve probably been best friends with Meghan.
“It is days like today when I really miss having her around and miss being able to share the happy news, but with the ring and with everything else that’s going on I’m sure she’s with us, jumping up and down somewhere else.”